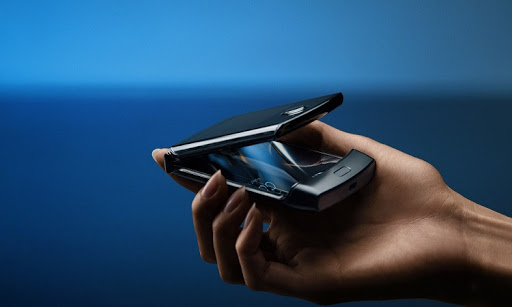 Yes! Moto is flipping again. You heard us right. Motorola has always been a pioneer in bringing innovation in everything they do. They were the first to introduce the world with “flip phones” also, known as Razr.

Motorola has combined the 2004 flip phone design with 2020 smartphone technology and believed it or not the world is flipping head over heels with the launch of this all-new variant of Motorola Razr.

Motorola has brought the zero hinge gap retro design back into 2020, cohesively fused with modern features of a smartphone. Razr made its first appearance on 14th November 2019 and made a grand entry in the market on 6th February 2020.

The engineering of this foldable phone has simplified the complexity; bringing a nostalgic essence of the RazrV3 series compiled with modern-day contemporary features of smartphones.

It has retained the OLED HD display. Motorola calls the fully open slab the Flex View has a pOLED display which enables users to experience cinematic views while they watch their favorite films and videos. What stands out in the all-new amazing Razr is that when you slap shut the phone, the Quick View has a gOLED display through which users can control music, take selfies and instantly reply to a friend with gesture control.

This enables users to use two screens in one smartphone. The hinge is engineered in such a way that there are no creases visible on the phone when you flip it open. Isn’t Motorola a genius!! 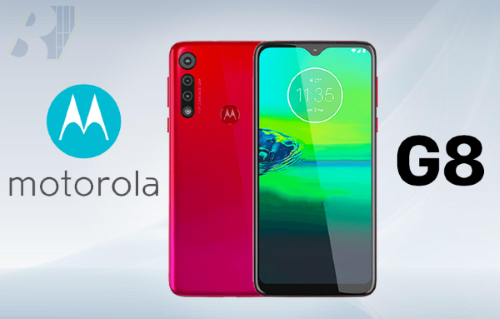 Be it the internet or a phone, nobody likes it slow. Motorola Razr is a complete package of beauty with brains. It has installed an efficient Snapdragon processor namely SD710 (Qualcomm Snapdragon 710) powered by 2.2 GHz octa-core which makes sure your phone is always running smoothly.

Initially, it had Android 9 pie as its operating system but now it has the latest Android 10 operating system that offers different functions and features of a smartphone including Google navigation, finger sensor, gesture control, ambient lights, and more. 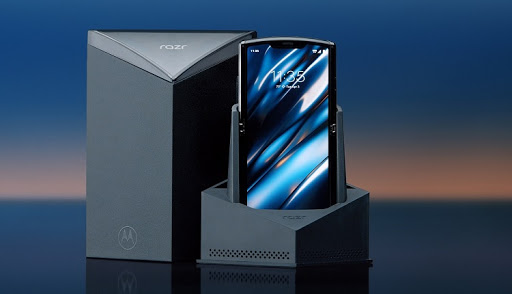 The camera offers an inbuilt artificial intelligence(AI) that is always ready to capture your pose striking portraits, effortless candids, the solo selfies, and madness in the groupfies It also has a night mode to make sure all your photos are as technicolor as the golden hour.

It has two cameras just like your modern-day smartphone. The rear lens offers 16 megapixels and the front lens offers 5-megapixels. The pixel range is nothing extraordinary when compared to today’s five rear cameras but something is better than nothing at all.

This section of the blog is dedicated to all the music lovers whose only motto for buying a phone is to listen to their favorite musicians from their curated playlist.

The speakers are located at the bottom of the phone which amplifies the sound quality. It does not have a headphone jack, however, you can use the C type charging slot to plug in the audio jack dongle to use your headphones or use razr earbuds to enjoy a concert experience.

Battery life plays an important factor in buying any phone. No one likes to see their phone dying again and again. There are two batteries situated in each half of the phone. The two non-removable batteries offer a combined power of 2510 mAh. Razr can function smoothly up to 6- 8 hours of internet suffering, gaming, and more. It has a C-type 15W turbo power charger that energizes Razr again within a few minutes.

Motorola’s all-new Razr is an icon when it comes to engineering and designing aspects of a flip phone; It truly wizardry. But when it comes to the overall performance and other components in the phone, it is a clear no!

There are better phones available in the market at a much lower price. Let’s be honest, you can’t sell your kidneys for a phone that flips. However, you can buy this phone if you are someone like Bill Gates, it won’t hurt that much.

The Noir Black Razr was launched at an astonishing price of $1,500 in the USA. Motorola tied up Verizon as an exclusive partner for Razr. One can buy this phone on installments of $62.50 per month for 24 months.

The clamshell phone is also available in the UK at £2,000. Motorola chooses EE to be its elite distributor in the United Kingdom. If you are someone from the UK who wants to purchase this phone, then EE offers a 2-year contract wherein you can pay £94 each month.

Razr is exclusively licensed for du and Etisalat in UAE. Consumers from UAE can buy this pocket-size phone at Dh5999(inclusive of VAT)

2020 is turning out to be a revolution for flip phones. Motorola Razr is the third flip phone launched in the market this year among Samsung’s Z Flip and Hauwae’s X Mate. When these three are compared in terms of performance, Razr lags a bit behind from the other two. But we surely know Motorola will cope up soon. 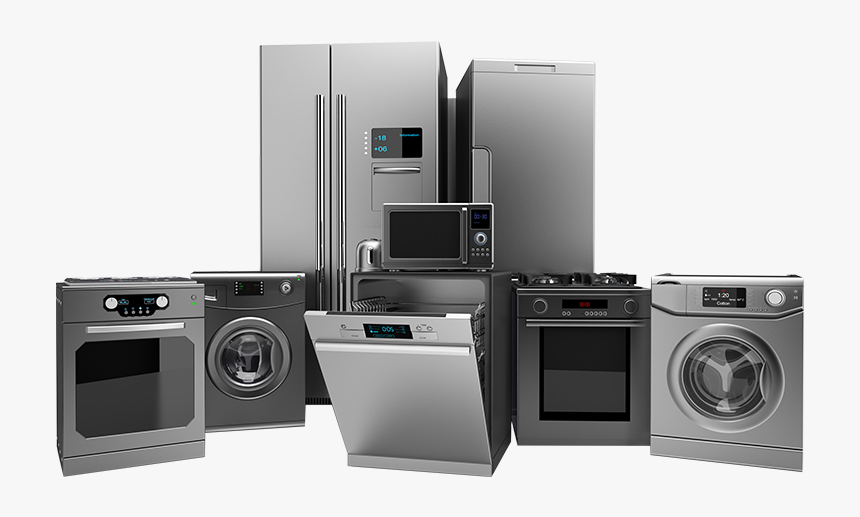 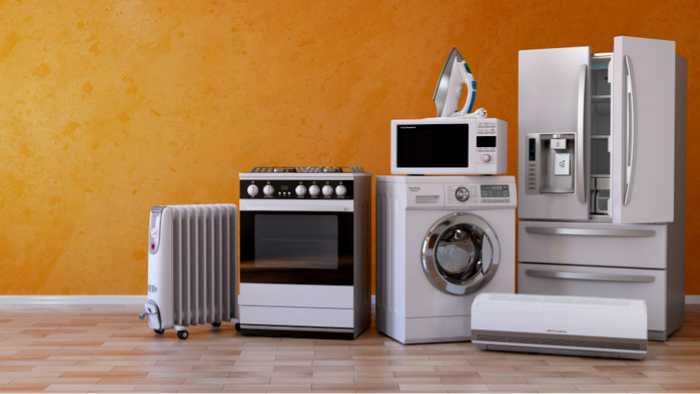 Five Eco Friendly Appliances: Recycling System composts everything, including meat and dairy. It doesn’t require turning and leaves your kitchen smelling clean and fresh. labeled refrigerators exceed government energy efficiency standards by a minimum of 10 percent. The Profile Custom Style fridges have a carbon-block filter within the water and ice-maker dispensers. Water-saving dishwashers have a 3.9-gallon[…]